Supply Chains Are Off the Rails

Supply Chains Are Off the Rails

In this week’s Roar, we have two severe rail problems involving the West Coast, intense boxship expansion, expert takes on the recent executive order, the first fully electric tugboat in the U.S., and the EU’s Fit For 55 Green Deal policy revision.

U.S. and Canada are dealing with a double whammy of rail problems. As of last night (Sunday), Union Pacific has shut down international container traffic into Chicago to help alleviate congestion. This is on top of the ongoing issues out in Vancouver. As CN and Canadian Pacific rail services disrupted by the wildfires in British Columbia start back up again, the resulting backlog of rail-bound imports has caused increasing vessel congestion at the Port of Vancouver. According to FreightWaves, “as of Wednesday morning, 39 ships were at anchor at Canada’s largest port,” and “the situation likely won’t improve for at least a week.”

Given unexpected delays like these, it’s relieving to know that major ocean carriers like Cosco, ONE, Yang Ming, and Maersk also seem to be jumping on this year’s boxship order bandwagon. With the sizeable number of newbuilding contracts signed in 2020 and the wave of vessel orders amounting to 4.94m TEU in 2021, “the overall orderbook to fleet ratio has more than doubled from 9.4% a year ago to 19.9% at the end of H1,” based on Alphaliner’s data.

Then, there’s the widely debated executive order recently issued by the White House in an effort to target anti-competitive behavior within American industries, including the freight railroad and ocean shipping sectors, that has inspired varying responses from many industry experts. For example, Chris Rogers, research director for global trade intelligence firm Panjiva, believes “if the FMC feels more pressure to act not just on the export side but also to look at import charging and the way the container lines carry out their business, particularly in regards to alliances, then they could see more significant upheaval.” 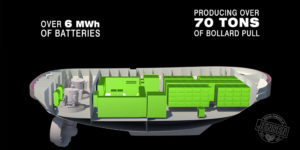 While the industry works to navigate the potential impact of this new executive order, Crowley Maritime Corp. has developed the first zero-emission tugboat in the U.S. According to electrek, the eWolf will service the Port of San Diego and is scheduled to set sail in 2023, “hauling with it more than 6MWh of battery power.” This alongside the EU’s Fit For 55 Green Deal policy revision (which requires green fuel use in both maritime and aviation) represent positive steps toward the industry’s goal of achieving a carbon-free future.

To learn more about the latest headlines in international shipping, check out the following article highlights: 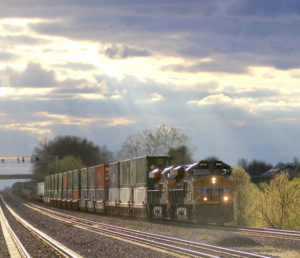 In the latest pandemic-related disruption, Union Pacific has told customers it will halt all shipments of international containers from West Coast ports to its Global IV terminal in Chicago for up to a week. 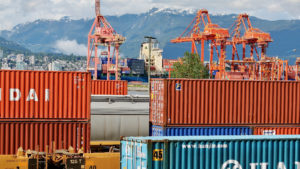 The Port of Vancouver is continuing to feel the domino effect from the disruption caused by wildfires in British Columbia even as CN and Canadian Pacific rail service resumes. 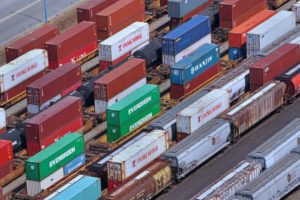 The recent executive order issued by the White House late last week, focusing on promoting competition within the American economy, has brought no shortage of opinions from supply chain stakeholders. 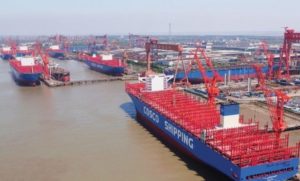 Cosco, ONE, Yang Ming and Maersk all tipped to order in next great wave of boxship expansion

The stunning amount of boxships ordered so far this year is set to continue with big names such as Cosco, Ocean Network Express (ONE), Yang Ming and Maersk all tipped to be in discussions with Asian yards. 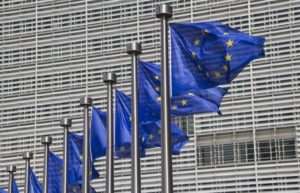 Initial reaction to the Fit For 55 Green Deal policy revision from the green lobby has been largely positive, with NGO Transport & Environment welcoming the provision for green fuel use in aviation and maritime will need to cut emissions through the EU Emissions Trading System. 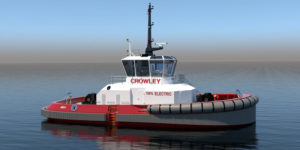 First fully electric tugboat in U.S. to set sail with more than 6 MWh of batteries

Crowley Maritime Corp. has announced an all-electric tugboat to serve the Port of San Diego. The eWolf will be the first zero-emission tugboat in the U.S. when it sets sail in 2023, hauling with it more than 6MWh of battery power.