But first, here is an IMPORTANT SERVICE UPDATE regarding a shutdown at the Yantian Terminal in China:

Shippers should be aware that after receiving several recent reports of COVID-19 cases at the Yantian International Container Terminal (YICT), the crucial export gateway in South China announced that it will no longer be accepting laden export containers between May 28, 22:00 and May 30, 23:59. In the meantime, only export boxes arriving within four days of a vessel’s estimated time of arrival will be accepted until June 3.

Note that pickups of imports and empty container returns will continue on as usual during this period. While local health authorities tighten anti-virus safety measures to control these outbreaks, the resulting decline in YICT’s available manpower has only further contributed to the port’s severe congestion and increasing schedule delays. Between May 31 and June 6, YICT will begin accepting laden export containers again under the requirement that the vessel’s ETA falls within a minimum of 3 days. With space and equipment challenges for not only the Port of Yantian but also neighboring ports, ocean shippers with critical orders may want to consider routing alternatives and expect increased shipping rates in the near term.

Jaguar will report any additional information as it becomes available.

Take a look at a recent WSJ Number of the Day. The situation at Yantian notwithstanding, does this mean things are looking up for U.S.-based importers?

Even when the logjam that is international shipping frees itself, shippers in the U.S. look to be facing a long string of infrastructure failures that have almost become the norm, including the Colonial Pipeline cyberattack, the Texas power grid malfunction, and the Hernando De Soto Bridge crack.

According to SupplyChainBrain.com, “the recent failures illustrate just how many ways the patchwork systems can break. Experts say they also illustrate a long-running flaw in the way the U.S. thinks about and pays for infrastructure: The country focuses more on building new things rather than maintaining what it has.”

We found some interesting facts on container shipping’s whirlwind transition toward gigantism, where we’re seeing colossal vessels that have increased 1500% over the past 50 or so years.

While wildly popular right now, it’s important to consider how very few ports have the capacity to accommodate these large ships, and the Suez Canal debacle illustrates just how many structural limitations these immense vessels face — not to mention the sharp uptick in container accidents we’ve been experiencing. As the industry works to figure out how to improve the efficiency of today’s container vessels, it’s also exploring ways to better regulate advancing automation.

Groups like the IMO are actively assessing Maritime Autonomous Surface Ships (otherwise known as MASS) in order to identify if existing regulations can measure up to the wave of digitization that’s sweeping across the globe.

The UK’s ‘clearance on wheels’ claims status is allowing shipping professionals to minimize post-Brexit supply chain delays. For applicants who are considered both an authorized consignee as well as an AEO trader, obtaining the HMRC’s ‘clearance on wheels’ status helps companies avoid having to unload consignments at the end of transits, meaning businesses can clear customs more quickly, according to The Loadstar.

To close out this week’s Roar, we’ll switch sectors for a second and focus on how U.S. imports are overwhelming major air hubs like LAX. The problem has become so bad that many shippers and forwarders are starting to avoid these popular entry points in favor of smaller airports as a way to get out of dealing with the intense congestion increasing consumer demand is causing. If you want to learn more, check out the following links: 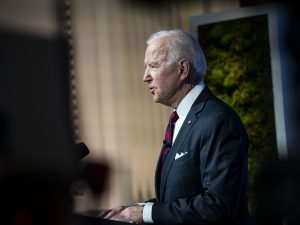 Three times this year, major pieces of U.S. infrastructure have failed: first the Texas power grid, then the East Coast’s main gasoline pipeline, then a freeway bridge over the Mississippi River. 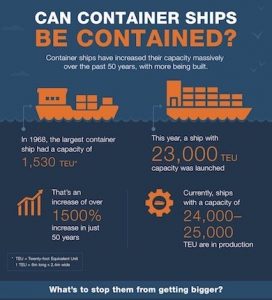 Is bigger always better – Economies of scale and gigantism in shipping

The winds of change within the context of containerized shipping have been sweeping to say the least. 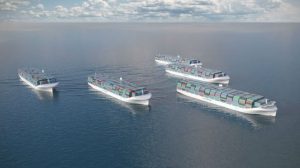 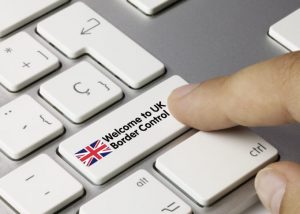 Priority Freight claims gaining ‘clearance on wheels’ status from the UK HMRC has been pivotal in reducing post-Brexit border bottlenecks. 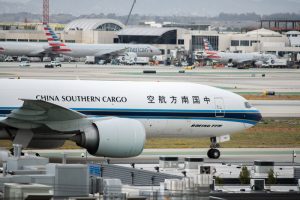 Forwarders are shifting greater volumes of US inbound airborne shipments to secondary airports to avoid ground handling bottlenecks at main air cargo gateways, which are being overwhelmed by surging demand.